On entering Gail Pickering’s exhibition ‘Mirror Speech’ at the Baltic, visitors are bathed in an immersive red light, bouncing off the walls of a vast cyclorama spanning the gallery space. Colour and hue are lost to a saturated, rouged monochrome; bemused gallery-goers capture themselves on phone cameras, facial features disappearing in the toneless ghostly photographs.

‘Mirror Speech’ is the outcome of Pickering’s long standing interest in community video and broadcast, and the culmination of several years of research into Videogazette, a pioneering social experiment in community television. During the 1960s the development of portable filming equipment, and later the availability of cameras for domestic use, transformed the democratisation of the transmitted image. The emergence of the Nouvelle Vague, the ‘left bank’ filmmakers (among them Chris Marker, Agnès Varda, and Alain Resnais) and other politicised groups (such as the Berwick Street Film Collective and the London Womens’ Film Collective), saw film become fervently engaged in the social and political upheavals of the era. Videogazette, 1973-76, was France’s first public access television programme, run by and for a large-scale social housing estate in Villeneuve, Grenoble. Unfortunately, the utopian vision was short-lived, ending in the participants’ distrust of its political objectives and resulting in disputes about the image they had once collectively created. Having tracked down the last remaining recordings of their live broadcasts, the corroding tapes have provided Pickering with an antagonistic space in which to address the subjectivity of the broadcast image.

At a recent lecture at Goldsmiths College, Gail Pickering introduced her work through an assortment of this haphazard raw material, having collaborated to painstakingly index, restore and digitise it. Yet Pickering does not follow in the hackneyed trajectory of archive-adoration so regularly seen in contemporary art. Rather, the material is absorbed into her production, which unapologetically dissects its constitutive parts with measured rigour and personal investment. The end product, Near Real Time, 2014, at the core of ‘Mirror Speech’, is a ruptured and episodic three-channel loop. Extrapolating and rerecording the spoken word, reinterpreting scenes through staged performance and splicing black-and-white footage intersected by crisp HD, with multiple beginnings and multiple ends, the piece is marked in time by the recurring shot of a lone cigarette, hanging in mid-air against a black background, slowly burning away. In the anonymity of a darkened, unoccupied theatre set, two young women address the camera, or one another – or both perhaps –, debating the construction of the shot. The film cross-examines the reliability of the image, probing the blurred line where our observation of ‘fact’ ends and ‘fiction’ begins. 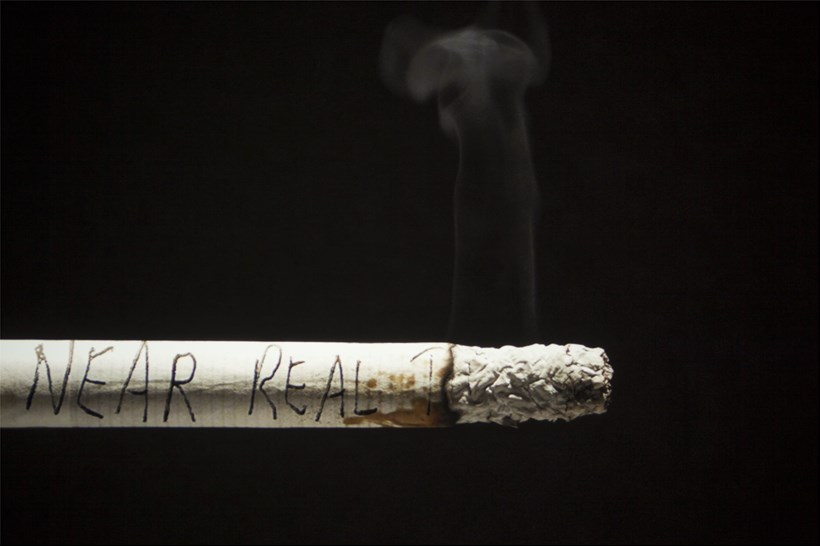 As with Near Real Time, much of Pickering’s work is littered with references to social movements or philosophies that have attempted to re-envision how society might work – yet Pickering keeps a distance from engaging in the specifics of these politics. Keenly involved in activism during her youth, what she has gleaned from these investments are the personal relationships, comradely group dynamics and collective ambitions that are formed. Pickering distils the collective image that emerges from the Videogazette tapes into complex self-portraits produced through collective endeavour. Political agendas fall away, forming only a backstory or footnote, so that the interwoven narratives – between the camera, the images, their creators and their audiences – are allowed to come to the surface with, at the centre, Pickering’s own editorial, subjective relationship with the material.

Pickering’s work often function as social contemplations, where she sees herself as the instigator of a situation: setting a framework for the contingent dynamics of an invited group to infill, taking authorship and form. It is perhaps this that led her interest in Videogazette’s operation. She becomes the ringmaster of an array of collaborators, accomplices, and amateur and professional actors. Her film Brutalist Premolition, 2008, in particular entangles these relationships, one where documentary blurs with directed screenplay in a complex web of multiple truths and fictions. Set in a flat in Poplar’s Robin Hood Gardens Estate – a key example of New Brutalist utopian architecture that has fallen into disrepair – a real-life resident family is recorded casting professional actors to play themselves, with two actors reading generically scripted scenes of their past roles in Eastenders. 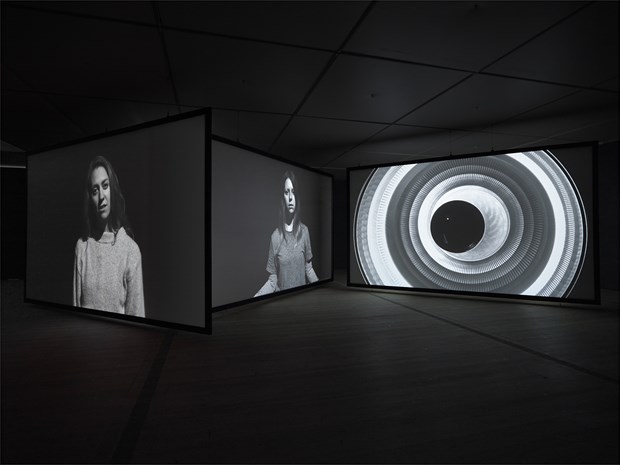 Selecting the Brutalist Premolition family involved, contacting 250 different households and spending much time getting to know them, is typical of Pickering’s approach. Take for example her film Hungary!, 2007-08; when speaking to her recently, she divulged that, during its development, the curator had eagerly offered numerous options of available actors, but Pickering persisted in searching for a cast of elusive porn actors. This persistence proves crucial to the performance and depth of her characters. Shot in the ruins of Chateau de Sade (the former home of the infamous Marquis de Sade), just outside Marseilles, the four porn actors read from script or improvise, as if in preliminary rehearsal, from Peter Weiss’s 1963 play Marat/Sade. Donning leotards stretched into retro-futuristic geometric formations, they act out raunchy encounters, alternating roles while the girls sadistically whip one another with their hair, or collectively attempt lengthy endurance poses. Acutely conscious of the camera, and directing each other accordingly, the actors oscillate from earnest attempts at interpretation to perplexity and amusement. Throughout the day their interest wanes, exhausted from the heat and frustrated at having to wait at the roadside for their transport home – which unbeknown to them Pickering had deliberately delayed – they are captured in their downtime. The men, sweating, compete doing to press-ups, the girls coyly cool themselves, unaware of the camera’s continued voyeurism. As with much of Pickering’s work, meaning is gleaned from Brechtian gestus, though speech and action is delivered with a subtlety of speculative interpretation impossible to intentionally direct.

This attention to delivery is what makes Pickering’s work so mesmerising. She invests immense attention to the script she presents her performers: Hungary’s direction mimicked the minimal cues offered in the porn film industry; while the Eastender’s scenes, enacted against a backdrop of Brutalist utopianism in Brutalist Premolition, offered a dialogue between differing visions of society’s image. Within this, ‘voice’ plays a crucial role; polyphonic narratives appear regularly in her work, for example in her performances Zulu Speaking in Radical Tongues, 2008, and Not Yet No Longer, 2012. Though transcribed and reworked from numerous individuals in her source material, Near Real Time is guided by a single narrative voice, to which all the onscreen characters mouth a shared script, oscillating between protagonist and narrator. Often employing tools of Verfremdungseffekt, or ‘estrangement effect’, Pickering jolts the audience between different modes of reality or abstraction.

In ‘Mirror Speech’ this method takes a physical form that toys with the audience’s spatial experience. Commencing with She Was a Visitor, 2014, the red-infused cyclorama, visitors follow what seems to be the backstage corridor of a film or theatre set. The exposed stud wall is punctuated by understated, semi-hidden video works on monitors, unseen interviews, taking place out of shot and the lights of a council block glimmering at night. There are also unexplained papier-mâché boulders which Pickering informs me were borrowed from the archive footage, where the props were equally estranged. Two more films projected onto a curved screen reminiscent of studio set, while in the main space Near Real Time’s fractured images bounce off three dominating screens angled across the gallery. Visitors catch images as they flicker or cascade from one screen to another, casting their own shadows among the onscreen actors as they move about the space.

Pickering’s interrogation of the materiality of the image expands beyond the contrast of eroding film and HD digitisation, and the frames through which we view it, into our physical experience of the imagery in the gallery space. Pickering’s awareness of the fragility of the image and its raw materiality extends here to the materiality of the viewing experience. Exiting the exhibition, once again through the red space with its knowing-nod to militant film, Pickering’s name, printed in red, disappears from the gallery plan hand-out under the tinted light. By seemingly relinquishing authorship, Pickering perhaps reminds us that this is as much about our subjective experience of the presented imagery as it is personal to her own.