[one_half padding=”0 20px 0 0″]Amsterdam must be one of the world’s most-loved cities; lured by its charming cobbled streets, historic canals and charismatic wonky houses. Nearby Rotterdam, however, is an oddly beguiling city. Having rebuilt itself over many decades after being bombed to smithereens during the Second World War, there is an eclectic mishmash of architecture: rows of narrow, quintessentially Dutch 17th-century houses hidden among industrial warehouses, brutalist social housing or the steel and glass of skyscraper hotels and office towers. This engrained sense of reinvention extends to the art scene, home of some of the most respected contemporary kunsthalle programmes and prestigious collections.

Making my way round the peaceful – if unsettlingly silent – industrial streets, I never fail to be surprised when I encounter the numerous art institutions pocketed across the city. The most frequented locale is the Witte de Withstraat/Museum Park ‘art axis’. Having been the home of seedy cafes and illegal gambling houses in the 1970s, the area was transformed in the 1990s into a hub of creative energy. It is now home to numerous trendy bars, cafes, restaurants and shops – and most notably galleries. Among rather hit-or-miss commercial outfits sits Showroom Mama, a project space with a programme of markedly young artists; its current show ‘Outsourcing Performance’ is a curatorial enquiry into art’s relationship to immaterial labour, outsourcing artists’ performances to various art-production companies. Around the corner, the Willem de Kooning Academie fosters creative individuals across the art and design fields, who spill out into the nearby cafes with their portfolios, MacBook’s and designer haircuts.

Of course the draw to these few roads are the big institutions: Kunsthal Rotterdam, Museum Boijmans Van Beuningen, Het Nieuwe Instituut, Chabot Museum, Witte de With, and TENT are all within a stone’s throw of one another. My first stop is Witte de With, which leads the international curatorial field with its investigations of thought-provoking and timely topics, and which is now celebrating its 25th anniversary. The current exhibition, addressing forms of energy and raw material, is the first in a three-part series ‘Art In The Age Of …’. The show includes new sculptures by Nina Canell that deal with transference and forgetfulness of electrical and digital communication materials, Céline Condorelli’s narration of the boom and nationalisation of the Egyptian cotton industry, and an awe-inspiring film, This is Cosmos (2014), by Anton Vidokle. The real gem within the exhibition, however, is research material stemming from 19th-century Russian philosopher Nikolai Fedorov’s concept the ‘Common Task’, where the indestructability of energy poses the possibility of resurrecting all the men who had ever lived, expanding humanity out across the cosmos; curiosities from the spectrum of Russian Cosmism include fantastical models by El Lissitzky and Kazimir Malevich, rocket designs by Konstantin Tsiolkovsky and various diagrams of future mankind floating through space. In the project space, a new installation by Willem de Rooij, Character Is Fate, is based on a horoscope birth chart commissioned by Piet Mondrian . A carefully positioned hole in the otherwise blacked-out room acts a camera obscura, allowing for the solar calendar to be illuminated by the sun moving across the walls of the space, seemingly reiterating the entangled positions of art and the universe. 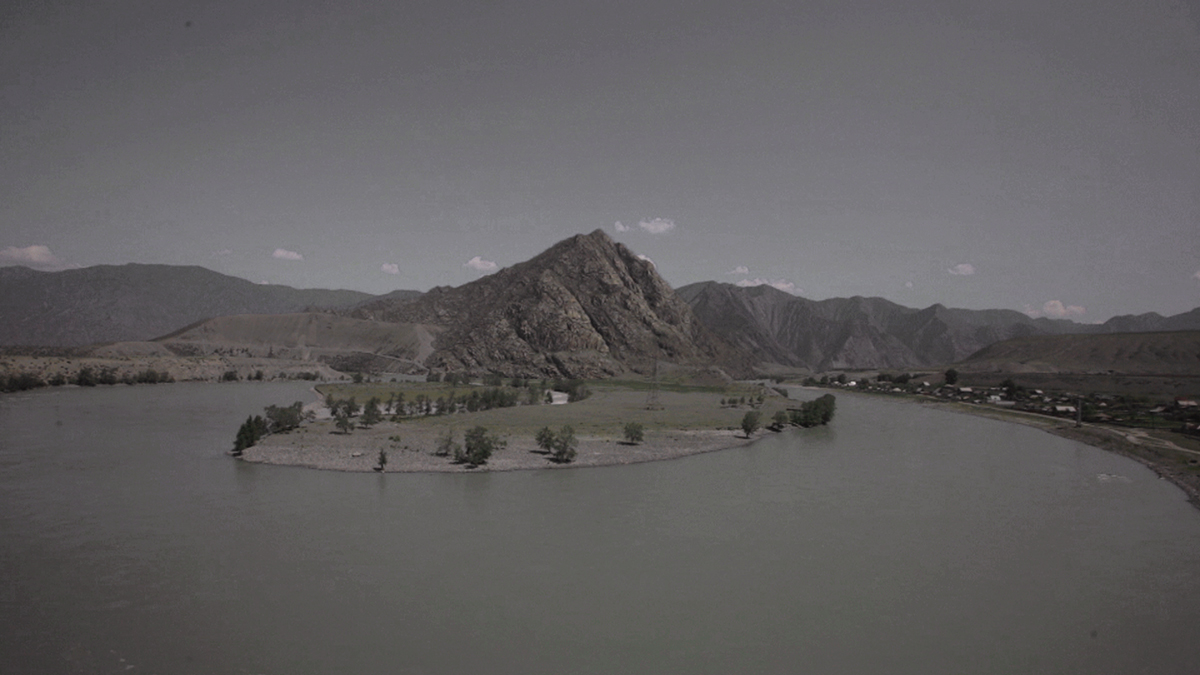 [one_half_last padding=”0 30px 0 0″]The Art Week centres around the Art Rotterdam art fair. As with most art fairs the job in hand is one of sifting, but the manageable scale of the fair makes for a surprisingly pleasant experience. Treasures included Andres Galeano’s delicate photomontages and Cordula Ditz’s iconic processed film stills. I couldn’t quite fathom Barbara Seiler and Jeanine Hofland’s ‘joint booth project’, however, with the artists apparently ‘appearing as actors in the scene within the decor of a random local bar’, it certainly follows a trend over recent years to make booths into obscure installations where you can’t quite figure out what is art or whether anything is actually for sale. It was pleasing to find a selection of British galleries, especially those less corporate enterprises that focus on supporting artistic production, such as Somerset’s Works/Projects and Worcestershire’s Division of Labour; the highlights being Dominic Hawgood’s incandescent photographs at SouthKiosk and Tinderpixel’s stand which displayed London artists Cathy Haynes, Erika Hock, Ilona Sagar and Fay Nicolson – all of whom I’m excited about seeing more of over the coming years. The fair also hosts ‘Projections’, a space where galleries display single presentations of artists’ videos. The kaleidoscopic arrangement of screens is at first a rather distracting setting for engaging with the work, however the superb selection of artists means that I’m compelled to spend hours watching everything from beginning to end. These include fantastic new works, some of them being premiered, by Yael Bartana, Hans Op de Beeck, Renzo Martens, Annet Gelink and Nathaniel Mellors.

On my last night in the city, I return to Boijmans for the opening of the spring exhibition ‘La La La Human Steps’. The show brings together a hundred or so works dealing with la condition humaine. Thematic shows on this scale are often tiresome, but this exhibition reveals unexpected delights and, despite its breadth and scale, it is nuanced and textured – from immense installations to small paintings, from unnerving melancholy to entertaining absurdity. Joachim Koester’s esoteric films, for instance, sit opposite intricate Peter Feiler drawings; Joep van Lieshout, Hanne Darboven and Bas Jan Ader sit in dialogue with furniture and product design; and Hans Bellmer and Inez van Lamsweerde & Vinoodh Matadin’s captivating photographs make one uneasy from a distance. Most impressively, all the works are from the Boijmans collection. In the centre of the gallery space, an eclectic audience is crowded around a dance-off between two krump instructors from Rotterdam-based HipHopHuis – while teenage fans shout frenzied encouragement through the wire dance cage, self-conscious middle-aged art enthusiasts prove equally enthralled. As I slip away, the crowds continue to flood towards the entrance; the preview is open to everyone – and the locals clearly take up this invitation with fervour.

Across the city there is a staunch commitment to art being for everyone to enjoy. For artists and curators alike, there is an air of informality, with a sense that mistakes can be made and forgiven in quick succession. Over the few days I spent absorbing the packed programme of exhibitions and events – much more than there is space here to cover – what really emerged was an unpretentious art scene, welcoming to all, yet which refreshingly refuses to dumb down to engage, instead attracting the local populations through a dedication to artistic excellency, innovation and debate.[/one_half_last]